Prime Minister Krišjānis Kariņš paid working visit to Minsk on 16 January. The Prime Minister met with President of Belarus Alexander Lukashenko and Prime Minister Sergey Rumas within the framework of the visit. The officials discussed a number of issues relating to bilateral cooperation, including the promotion of economic cooperation in the fields of transport and logistics, environmental protection, as well as preparations for the upcoming visit of the President of Belarus to Latvia. Belarus's cooperation with the European Union and NATO was also discussed during the negotiations.

“Latvia and Belarus enjoy good and diverse neighbourly relations. It is important for us that Belarus is an independent, economically strong and stable country,” stressed K. Kariņš at the meeting with senior officials of Belarus.

In the light of the fact that the 2021 World Ice Hockey Championship will be held in Rīga and Minsk, the Prime Ministers of Latvia and Belarus - the Chairs of the Action Committees of both parties, discussed in a separate session the preparations for the championship. 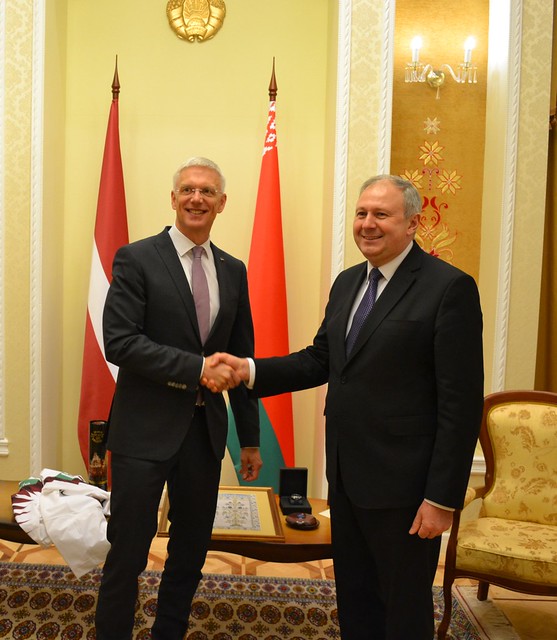 The website has been developed in conformity with the conditions of the Grant Agreement of the European Commission No. ECFIN-105-2013-SI2.651674 "Communication Activities Relating to the Euro Changeover in Latvia".
A reference to the State Chancellery of the Republic of Latvia is compulsory when the document is republished
Last updates in page 28.03.2020
© Valsts kanceleja, 2014